Hi. I em Inga from Sveeden!

Christmas is over, thankfully.  Which means December’s theme of our thought experiment on Christmas movies must be over right?

This in my review of Weihenstephaner Korbinian Double Bock. 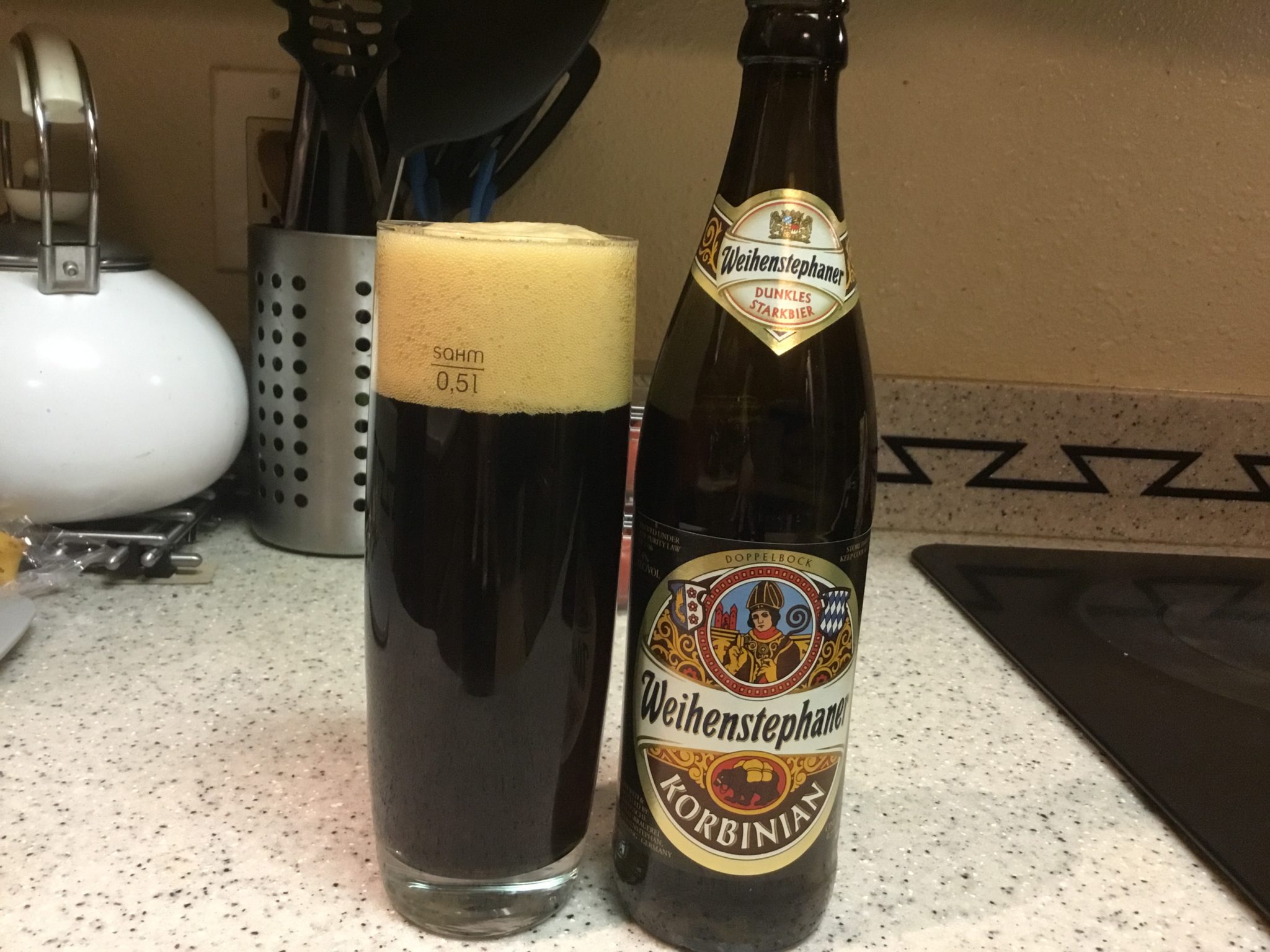 The problem with Christmas movies is a lot of people make the mistake of assuming a movie is a Christmas movie simply because it takes place during the Christmas season.  Which is how we get articles such as these explaining why Lethal Weapon is a Christmas movie now.  There is nothing wrong with watching it in order to celebrate your preferred winter solstice holiday, however I personally don’t think it is a holiday movie.  The article’s author seems to focus on red imagery in the background, like fire trucks, clothing, and Rigg’s red ear protection at the shooting range (they aren’t headphones…way to journo there journo-person).  All of which seems coincidental if anything.  Rigg’s suicidal tendencies and reckless behavior aren’t driven by Christmas either, they’re driven by him being a widower and PTSD from Vietnam.  Anybody spending any meaningful time around combat Vets knows they contemplate suicide on any given day, triggered by even the most innocuous of things…Finally, the time of year is not integral to the plot the way it is in Die Hard.

Similar to how Trading Places is not a Christmas movie.  I would however argue it is a New Years movie, primarily because New Years is supposed to be a time of self-reflection and new beginnings.  Something every character experiences in this film.

In this classic comedy we find Randolph and Mortimer Duke, two multi-millionaire owners of a Philadelphia based commodity exchange, who constantly get into petty squabbles between each other. This one in particular is a Nature vs. Nurture (pardon the shaky cam) argument, where they propose a practical experiment with a small wager.  They take one of their employees, Louis Winthorpe (Dan Akroyd) and switch his place in the world by ruining his life.  They find a reason to fire him to take away his livelihood, evict him from his Duke brother-owned home, frame him as a petty thief at his gentleman’s club to take away his social circle, and frame him for drug possession which leads to an arrest with the kicker of sending a hooker (Jamie Lee Curtis) to pick him up from jail when his fiancée arrives to bail him out.  His life is ruined in short order, and the hooker, Ophelia, is the only person willing to assist him. In exchange, they find Billy Rae Valentine (Eddie Murphy), a street hustler/con-artist whom the Duke’s met previously.  They hire him, give him basic instructions on how to do Winthorpe’s job, and give him Winthorpe’s old home.  Both men know nothing of the experiment, nor do they know anything other than their own experiences at opposing ends of the social hierarchy.

The result?  Valentine makes the Dukes a fair payday with his reasoning for setting the price on pork belly and impresses them with his diligence and eagerness to learn, while Winthorpe attempts to frame Valentine for drug use at the Duke’s Christmas party.  Neither man however is truly changed as Winthorpe steals, of all things, a smoked salmon (these are not cheap) from the party, and Valentine pockets a joint from Winthorpe’s stash. 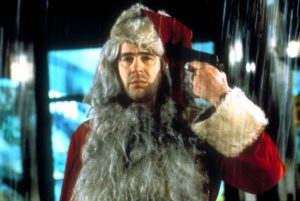 Valentine overhears the Dukes discussing their experiment.  Where they effectively ruin one privileged man’s life turning him into a petty criminal, and turn an unprivileged man’s life of destitute into one of prosperity—within a few weeks time.  People are essentially products of their environment, and the Duke brothers agree success has little to do with pedigree.  The Dukes decide they have little use for either man, plan to eventually fire Valentine, and leave Winthorpe in his personal Hell.  They settle their wager of…

Valentine informs Winthorpe of the plot, and with the aid of Ophelia and Winthorpe’s old butler they plot revenge on the Dukes.  They learn the Dukes are expecting a report on that year’s orange harvest and with that information plan to adjust their investments to corner the market on orange futures ahead of the report’s release.  They also learn the report is on a train to New York with the Duke’s associate on New Year’s Eve.  They subdue the associate, and replace the real report with a fake one.

Then they go to the New York Stock Exchange with the report in hand and short orange commodity futures ahead of the report’s release.  The Dukes on the other hand with the false report took the opposite approach, purchased orange futures with the expectations prices will rise and were ruined in the process.  After the market closed, Winthorpe and Valentine make a scene on the trading floor mocking the Dukes by settling a bet they can get rich making two really rich guys poor, in the amount of… 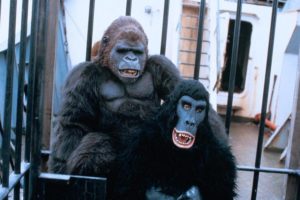 Can this movie be made again?  Not without insufferable social commentary at every corner.  If somebody makes this again, they have an obvious analogue with the Dukes being the Koch brothers.  They have an obvious place to add in soliloquies on privilege, capitalism, Al Franken, race, poverty, feminism, the N-word, butlers, illicit drug use, operas, suicide, manicures, sex workers, black markets, blackface, on-screen nudity, and being raped by a gorilla.

Yeah…about that last part.  The funniest parts of this movie are on the train on New Years Eve, and is almost entirely humor playing on racial and ethnic stereotypes.  Not to mention a man being raped by a gorilla.  I refuse to speculate on how they can update this movie, because I refuse to give idiots stupid ideas.

They don’t need my help.

This beer is not Swedish, but we all knew that.  It is a Doppelbock which is a dark German lager.  It is rather nice and made in the manner which we all expect from people that are not Swedish.  This is a family friendly site, so I am afraid this is the best I can do. 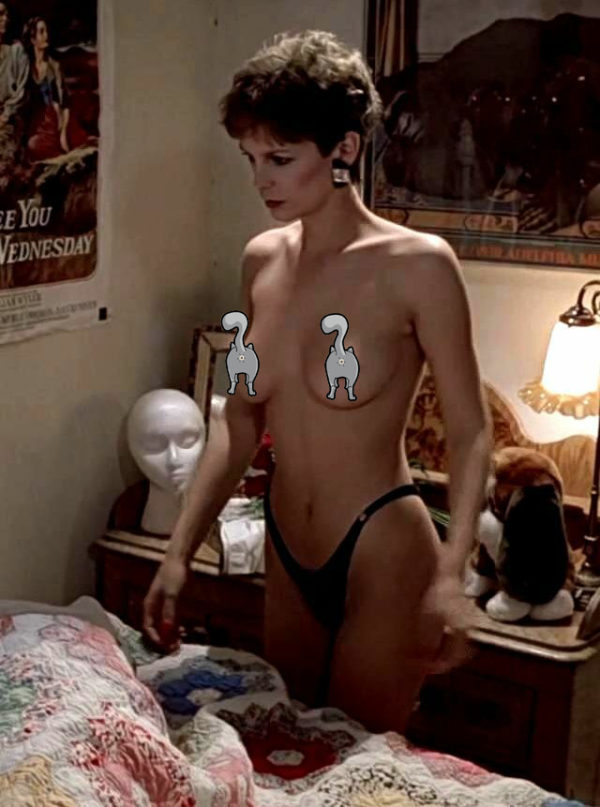